No regrets about my weight now, since it's pointless to look back at what happened and what went wrong. No self-flagellation today, I've done enough of that already during 2015. The good news, if I try to be positive, is that I only gained 6.8 pounds since April. Anyway, it is what it is, but I'm going to fix it.

Apple Watch
I received an Apple watch for Christmas, which I love! The only feature that's not working is syncing with the Weight Watcher app. Weight Watchers told me "we do not have expertise or concern for Apple products". That was during a chat with Weight Watchers' online help. From someone named Sermiento, who is probably in a foreign country and didn't have a good grasp of the English language. It was kind of funny. I just told them thanks and Happy New Year. According to Apple, they're working on a fix with Weight Watchers. Regardless, I love this watch. So far I'm very impressed. I love the Activity app, and the Health app, and it's all on my iPhone. It's a very cool new toy and helps motivate me. I need all the help I can get! 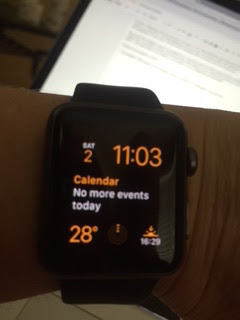 HOT Chocolate 5k - Seattle - March 6, 2016
I signed up for the HOT Chocolate 5k race in Seattle for March 6th. I was actually pressured into this by my coworkers. Several of them signed up and had the crazy idea this would be a breeze for me because I often walk during my lunch hour at work. However, this requires a minimum time of a 15-minute mile. I'm a lazy walker and do more of a 17-minute mile. I'm going to need to up my speed before March 7. Lots of gym workouts and faster lunch-hour walks in my future Now that I've paid $52.44 to do this thing with my team (including my cool new manager that's a fitness nut), I really can't get out of it, which is a good thing (I think).

Yummy spinach / vegetable / fruit smoothies
I love this little blender. It's amazing! It will pulverize anything. I've been having a smoothie for breakfast (limited to 6 Smart Points) to make sure I get in vegetables and fruits, along with some protein every morning. I don't know if I'm tricking myself into thinking this makes me feel better, but whatever it is, it seems to be working. 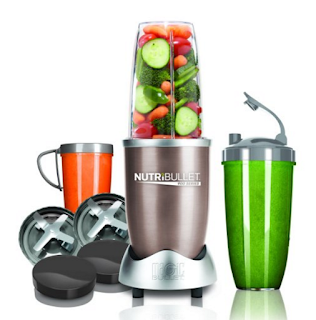 
This is new for me, doing Weight Watchers on-line versus meetings. I was going to meetings few months ago, but I had to start taking night classes for my job. That made it almostimpossible. Even when I had the opportunity to go, I'd find reasons not to. I love their online app and I really believe in the science of their plan. I'm not thrilled about Oprah buying $42 million dollars of their stock and doubling her money in one day when it was announced she was investing in them and becoming their spokesperson. Nothing against Oprah, I'm sure she's a nice person, but this is just wrong. Regardless, I still think they have a good plan. Most of their name brand food is disgusting, but the plan is solid, and it's always worked for me when I followed it.

I'll be posting daily on this blog. Even if it's just a few words with a quick update. This is a commitment to myself to stay focused. It'll help hold myself accountable to me. At the start of 2017 I want to be able to look back on this blog and be happy with myself.

Yesterday was a good day. I was determined to get through it with getting in some exercise (6-mile hike in the hills in the woods) and no... 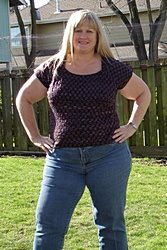